What is the Player Pathway?

The most exciting part about the player pathway for upcoming talent is that it is not restricted to those from a higher social economic group. The player pathway is developed so children from all backgrounds can gain exposure to the right training they need in order to learn the skills and technique needed to get spotted by professional football scouts. These scouts aim to develop players from raw talent into visionary, disciplined football players, that clubs want to sign and have the potential to play at the highest level.

Throughout Player Scout you will find detailed information on how to join each step in the player pathway wherever you live in the UK, with sound advice on how to get scouted and make it as a professional footballer.

Understandably, each level gets more and more serious as young potential footballers battle it out to learn their craft and get an opportunity to move up a level in the hope of eventually getting signed to a professional football club.

Below shows the player pathway:

Why is the player pathway so important?

Player Pathway is a global term used throughout the world of football, from the first team manager to a grass-roots coach. It is an understanding of what a young player needs to achieve to have a career in football.

Identifying and understanding each step in the player pathway is important, since it gives you the long-term goals and knowledge of what is needed in order to make it. Of course there are some fantastic stories from scouts, who literally spotted exciting players in a park and invited them along to an academy trial. However this is extremely rare, and since there is so much competition already training at each level, getting spotted this way is highly unlikely. All potential footballers have to work extremely hard to improve in order to move up the player pathway ladder.

The reason that the player pathway is so important, is because The Football Association and other governing bodies across the world want to have a system that maximises the chance of spotting and developing local grass-roots talent, and providing the right environment and challenge every player at their age and stage of development.

Clubs and coaches have a commitment to ensure at each level of the player pathway children are developed ready for the next stage. These are:

The above exposure may seem obvious. However it develops the psychological side to a player and gives them on pitch experience and vision, which they will not develop if their minds do not have repeated exposure to the situation. Talent alone will not help a player move up the player pathway. They need to learn discipline, fitness, vision and awareness in repeated football scenarios that will occur during a match.

Below are the recommended coaching styles you can expect to find for each age group:

For 6 to 8 year olds, the player pathway recommends playing  4 v 4 size teams using a size 3 ball. Smaller goals are used, and no goalkeeper. Coaches, parents and trainers will run the matches, which hold a focus on team play, awareness and on ball skills

As a child moves up to 8 years old, the player pathway recommendation is to begin to introduce goalkeepers to the matches, to develop players awareness of having another opponent in front of the target, working to defend the net and any attempts on goal.

The football game becomes 5 v 5 at this stage, with 4 players on pitch and 1 player in goal.

For the untrained eye, the 6-8 year old group of players look like they are simply having lots of fun and running around chasing the ball. However the coaches are actively developing these players using a game format suited to the child’s developmental needs at this age group.

The most common player pathway recommendation at this age is ensuring that all players are getting regular touches of the ball for all 4 v 4 and 5 v 5 games. This develops a players skills and confidence, giving them experience in challenges and decision-making. The more confident a player becomes, the more challenges they begin to put in and the more success they enjoy, and they can develop into a well-rounded and promising young player.

A good coach using player pathway for 6-8 year olds will look to bring out the following in each player:

The player pathway for 6-8 year olds demands that training and games should be fun and pressure-free, and not associated with winning or earning rewards such as medals or a trophy. This is because children by nature want to win, and this desire is there, but in order to develop skills, a coach is trained to understand that a child at any given time may not win, but still improve in their skill set and therefore the training has been a success. Player pathway development is individual to a player and focusing on winning is not the technique used to improve a player’s performance.

Rewarding effort and recognising improvement is the recommended strategy in the player pathway, in order to make all players motivated and develop their work ethic on and off the pitch.

Positive coaching has an enormous impact on player development, so it is for this reason that as a parent, you are wise to research local clubs and teams to ask questions and understand if the coaches are following player pathway recommendations, to give your child the best chance of progressing to the next level in football.

When a football player turns 9 years old, they move up into the next stage of the player pathway. This stage continues until the player turns 12 years old. Games move from being a 5 v 5 format to becoming a 7 v 7 format.

This format is a big jump in player development and enables a player to really start to hone in on control skills and awareness, since there are more opponents on the field. The 7 v 7 format prepares young players for the full game of 11 v 11 football.

As with the 6-8 year old groups, the player pathway for 9-12 year olds remain focused on individual player development instead of winning or awarding cups and trophies.

A line is also introduced onto the pitch. This line is called the retreatment line and requires the opposition side to move back and allow the goalkeeper to roll the ball out to a player without instant pressure. This rule is important as it encourages players to relax on the ball rather than punting it up the pitch.

This age group also introduces a change in kick-ins. When the ball moves out of the pitch area, players are no longer allowed ‘kick-ins’ to kick the ball back into play, instead they wait for a signal from the coach to take a throw-in.

The other change that is introduced to the game is that players are no longer allowed to pass back to their goalkeeper. Instead, they must keep the ball flowing and moving forwards. This helps tremendously with development, since players begin to feel responsibility and are required to make decisions on where to play the ball next without getting tackled.

All of these small tweaks to the game increase a player’s awareness and development considerably, and develop the skills needed to reach the next level in the player pathway.

When a player reaches the age of 13, player pathway recommendations introduce the full 11 v 11 football team. Games are focused on results and winning as a team.

Teams can also enter competitions where trophies and cups can be won, to slowly build up competitive instinct.

It is however even more important at this stage that positive coaching is implemented to keep a child developing, and not just focused on the result. One way of doing this is the ‘effort on goal’ technique which addresses the ball touches and effects that each player can contribute to the final goal.

Player Pathway is implemented all over the world in every football association in order to produce a structure that can help young players to reach their full potential and gain the skills needed to become a professional football player. 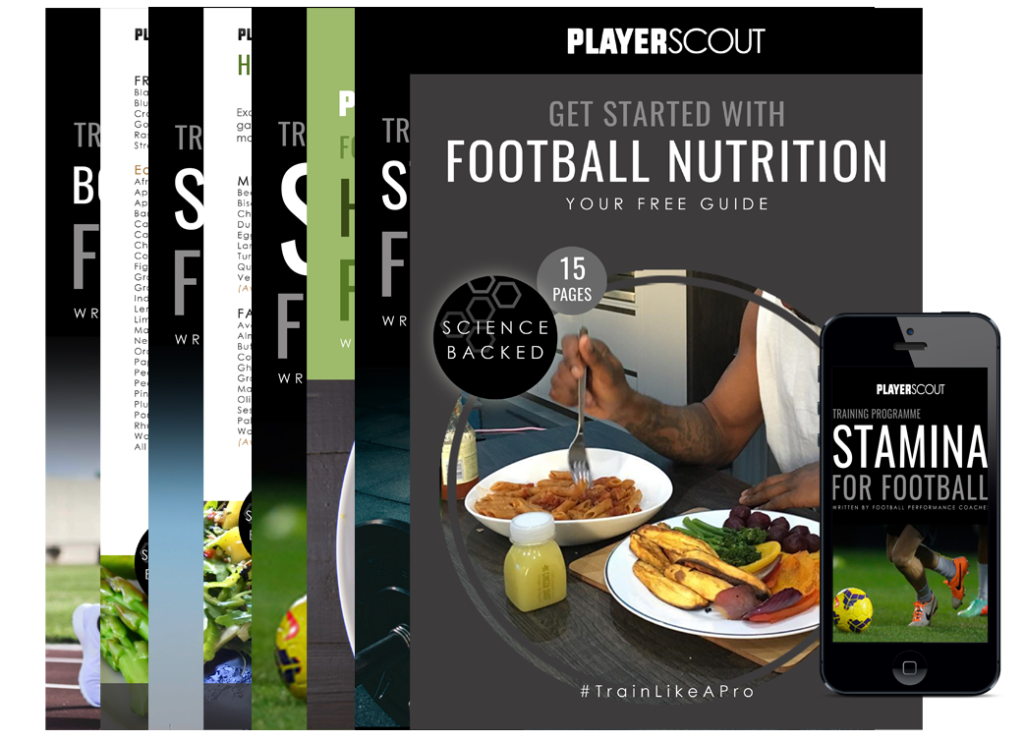 LATEST ADVICE STRAIGHT TO YOUR INBOX